Who We Are? Our family is a parenthood inspirations content that is committed to inspire, motivate and encourage every family. We’ve focused on topics and content that resonate with parents such as marriage, raising children, parenthood, lifestyle, household and Jesus…

Being a father is NOT ABOUT MAKING MONEY.

Being a good father means supporting your children with their dreams

It means treating their mother with kindness, no matter how bad of a mood you are in, no matter whether you’re still together or are already split apart. It means treating all women with respect, whether it’s someone in your family or a cashier behind the counter at a restaurant.

Being a good father means showing your kids what a real gentleman looks like.

Being a good father means showing your kids what a healthy, stable relationship looks like

It means finding someone to cover your shift at work so you can see their play. It means waking up earlier than usual to eat breakfast with them. It means being an active part of their life instead of standing on the sidelines, handing them a wad of cash, and thinking the gift of money makes you involved in their life.

so that your children can look up to you, so they can call you their hero. It means taking responsibility for your actions — instead of drinking to forget your problems, instead of coming home late from work every night with liquor on your breath, instead of making your little ones believe that alcohol is the solution to every issue.

Being a good father means working on yourself

Being a good father means being a good person. It means having a good heart. It means putting your children before yourself because you love them more than you have ever loved yourself.

FatherFatherparenting
Prev post This Will Help You Through The Parenting Struggle.
References Mommy Finds - Playful wipes and diaper 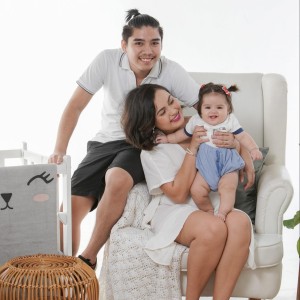 Our family is a parenthood inspirations content that is committed to inspire, motivate and encourage every family. We’ve focused on topics and content that resonate with parents such as marriage, raising children, parenthood, lifestyle, household and Jesus works. Isabel Belen-Dizon is a full time Mother and a blogger. She is a mom on a budget in terms of time, household expenses, income and herself to her four wonderful children, a candid storyteller, and an inspirational speaker to crowds, about womanhood, career, mother-hood, marriage, finance and family life. Next to Jesus, she says that she cannot live without her husband, children, a good book and quality coffee. She absolutely loves inspiring individual and hates small talk.

Expressing My Gratitude to Our Front liners – LET’S P.R.A.Y

How to spot a low-quality diaper

One thought on “Being a father is NOT ABOUT MAKING MONEY.”